Reporting, discussing and getting active at the national ACI meeting in Munich

A working meeting of the national partners involved in the project “Active City Innovations” took place in the facilities of the Technical University of Munich from 20th – 21st of February. Representatives of the Innovationsmanufaktur, the Technical University Munich, TAFISA (The Association For International Sport for All), outdooractive, Lappset and Wetekam on site, as well as digitally connected partners from the University of Siegen and Durban Green Corridors reported on the progress and current challenges in their respective sub-projects. In addition, we were pleased to welcome Dr. Sachse as an envoy of the Project Management Organisation Jülich, who was completely satisfied and showed great interest in the developments of our work. The agenda included exciting insights into the individual experimental scenarios as well as the joint elaboration of future steps and discussions about the progress made so far and possible approaches for improvement.

As a highlight of the meeting, the presentation of two experimental scenarios in a Munich residential area on the afternoon of 20th February stood out, during which the members of the project themselves became part of the “Kreuz & Quer” movement challenge: A playful team competition in which children and adolescents are encouraged to actively explore their residential area. In addition, the representatives of outdooractive were able to give a live demonstration of the progress made in their project – exploration tours created by locals for e.g. exchange students. On site, it became obvious how much influence our ideas and projects can have on the everyday life of residents and especially children in urban areas, as also has been confirmed by numerous young participants there.

In addition to the joint drafting of the first interim report, the focus in the coming months will be on planning the possibilities for evaluating the experimental scenarios and exploring further possibilities for cooperation between german and international partners, such as the support of the Wilderness Park Durban (South Africa) in research projects by the german university partners.

We would like to thank all participants for their time, insights and ideas and especially our hosts for organizing this productive and inspiring meeting. 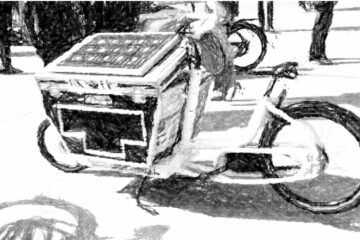 Cyling is the best! You can learn physics with it (see our project “STEM on the move”), you can stay fit and active, and not least: It has enormous potential to shape a transformation towards Read more… 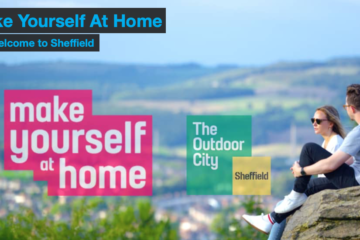 Make Yourself at Home The Outdoor City Sheffield have created a new initiative called “Make Yourself At home”. This initiative supports Sheffield’s local businesses and communities in recovering from the obstacles and economic setbacks resulting Read more… 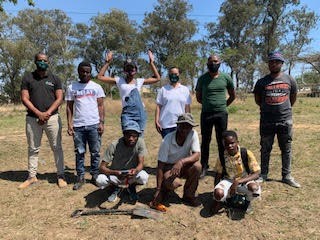 Update on the Inanda Wilderness Park during Covid-19 times

The Inanda Wilderness Park in Durban, South Africa, initiative of Green Corridors is an inclusive public safe space that offers urban dwellers activities and educational programmes to entice people to venture outside and enjoy being Read more…