Since the beginning of the COVID-19 pandemic it has been hard to facilitate the meetings in person, also the development of soft- and hardware and the progress of the different projects suffered a lot under the pandemic situation. But we were still able to bring back a little bit of normal life to the hybrid consortia meeting in Denkendorf at the DITF institute (Institute of Textile Technology and Process Engineering) after one and half years of online meetings only. Some of the partners were able to participate personally the meeting and explore the DITF institute on what and how the DITF works. The remaining partners joined the meeting via Zoom and could at least see, unfortunately not try, the latest developments.

In the picture above you can see the newest sensor mat which is able to track pressure and capture how much pressure was applied to the mat. It can measure the pressure between 5kg to 500kg, but there are also other possibilities like adjusting the sensors to react more sensitively. The mat can be connected with different devices that support Bluetooth.

The partners which were present in Denkendorf played around with the mat and tried out different approaches on how it could possibly be used in the future. We then discussed on what could actually be done. There were many ideas such as a â€œstreet pianoâ€ or combining it with the Jymmin system in multiple ways to be able to jam with other people or on your own.

Afterwards, the other cases like the Outdoor Case were presented. Within the last couple of months, the Outdoor Case was further developed through conducting several online interviews and digital workshops with local sports clubs to find out what is needed most in these challenging times, but also regarding the special requests of the local sports clubs and individuals. Another innovation that was demonstrated during the consortia meeting is an elastic band with sensors, that show how much force the user is applying while stretching it. Like the sensor mat the band is also able to be linked with other devices via Bluetooth.

Furthermore, it was discussed how the continuing cooperation should look like in the future and which options there are at the moment that can be tackled to further develop and expand the sinn.international network.

The second day of our consortia meeting was mainly focused on our international partners and upcoming strategies within the GWG project. Thus, we digitally invited our international partners to introduce our current progress in developing and contextualizing the sensorized-mat, the force-feedback sensor-band as well as the Outdoor Case. Similarly, Felipe Guarin and Ryoichi Ando from Kinix showed us their brand-new Indoor Cycling Exergame â€œSpirit Overflowâ€. Cycling indoors, the user connects their bike to a screen. Instead of watching a simulation of outdoor cycling, the user finds themselves in a virtual world, competing in a team to get access to the most territory by surrounding areas of the map. Ryoichi Ando himself hopped on the bike to show us the system in action and we could certainly see it was both entertaining and exhausting at the same time. After their presentation, many of us actually considered to buy an exercise bike just to be able to play the game ourselves.

Besides the excitement for our partnerâ€™s invention, we still had some topics to discuss. We especially deliberated the possibility of combining ideas and systems in future projects such as merging Jymmin sound systems and indoor cycling. Whether visiting our partners, especially those overseas, will be possible soon is currently uncertain due to the pandemic. Yet, we are crossing our fingers for a potential visit to Japan in Spring 2022. 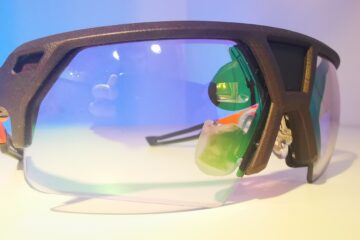 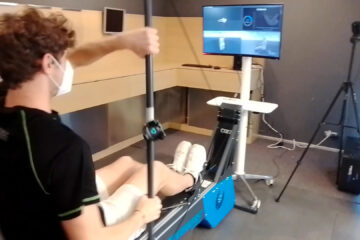 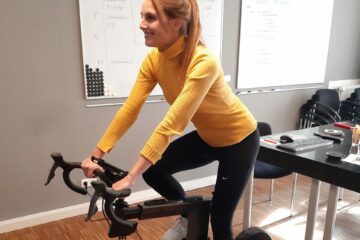 Our Japanese partner Kinix – a partner in our International Sports Innovation Network â€“ has contributed to the future of sports by releasing a new indoor cycling game: Spirit Overflow (https://www.spiritoverflow.io/). Spirit Overflow is a Read more…